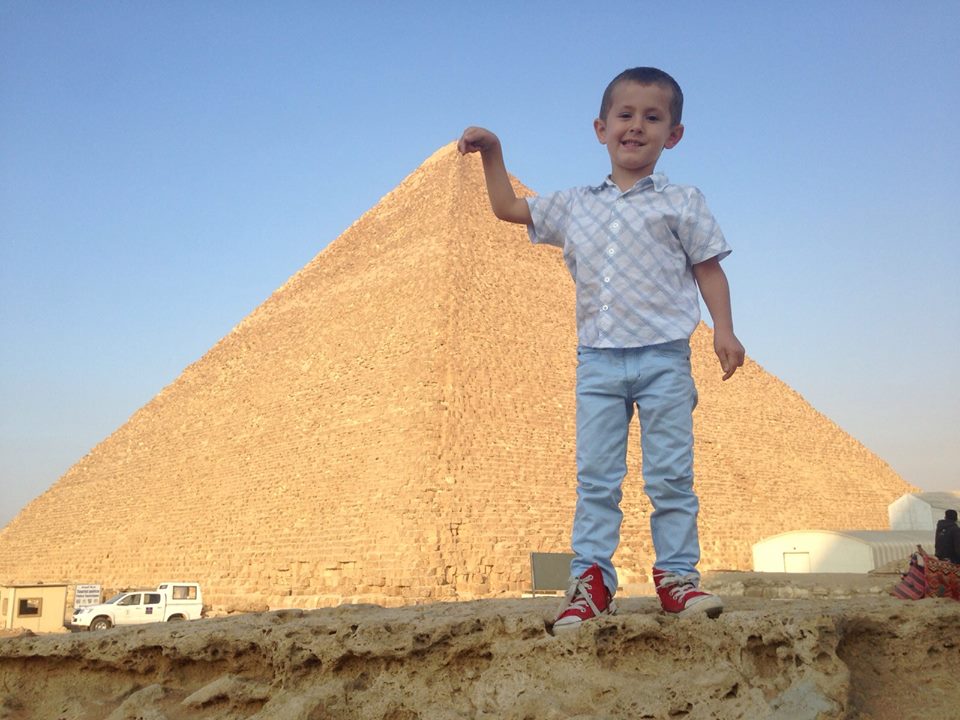 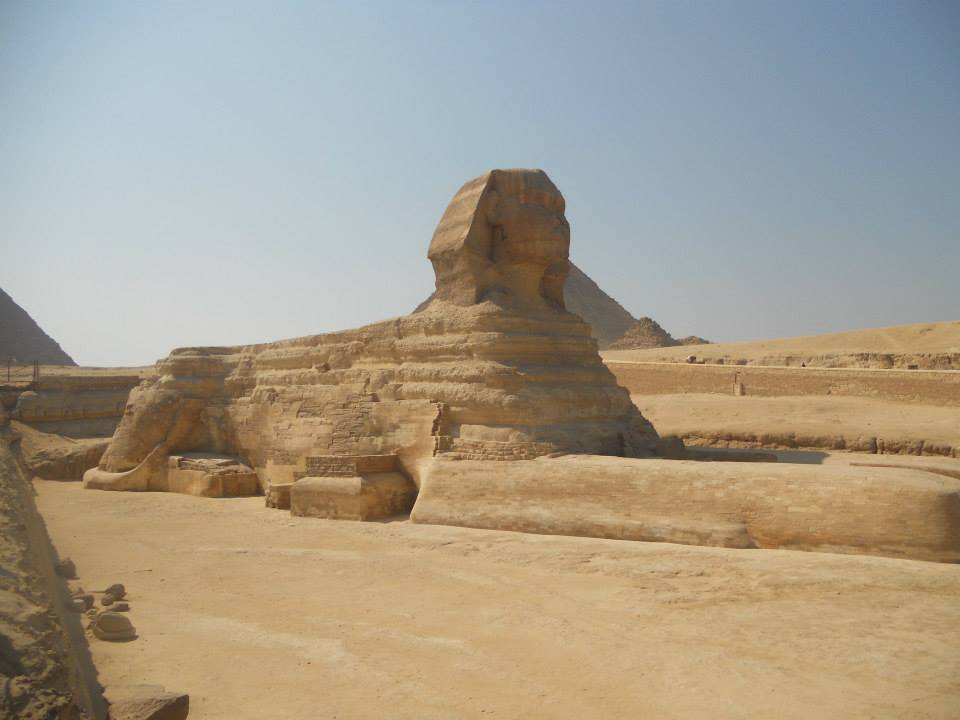 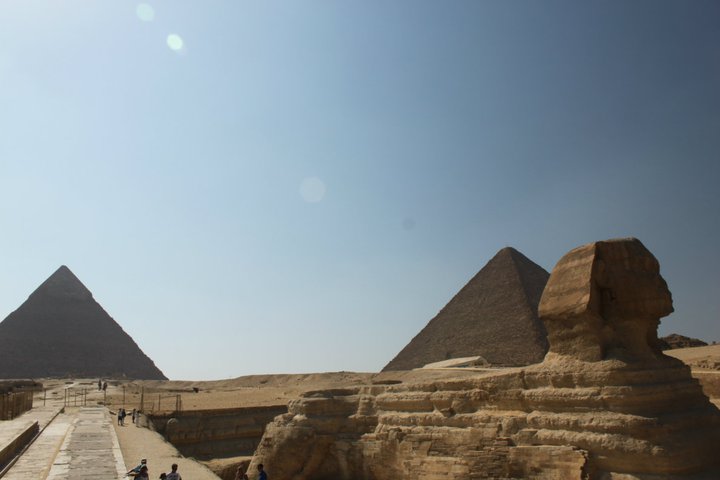 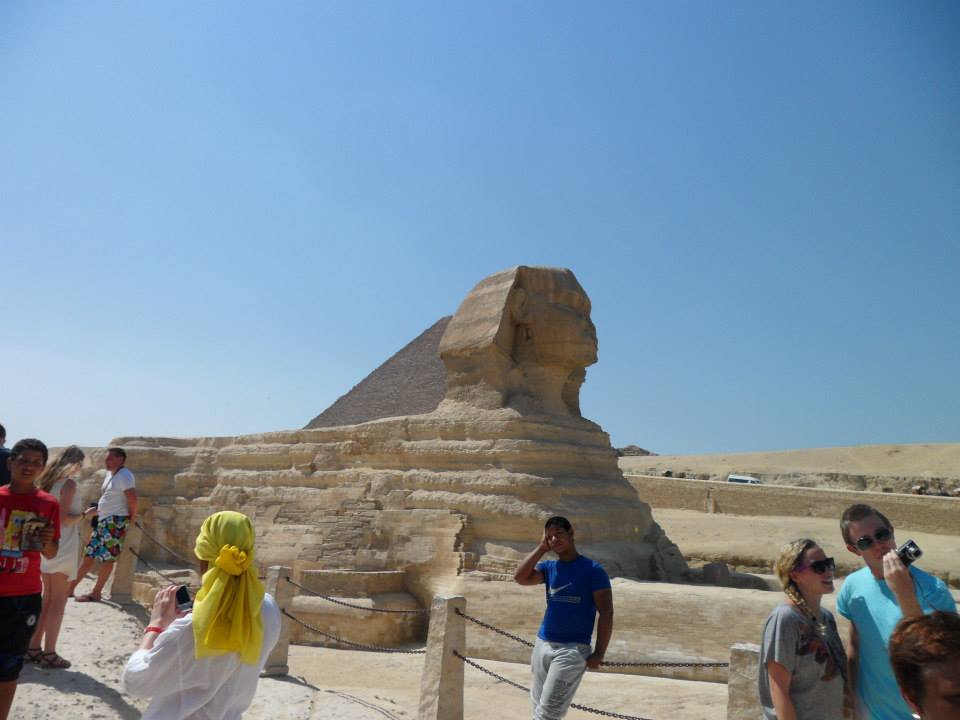 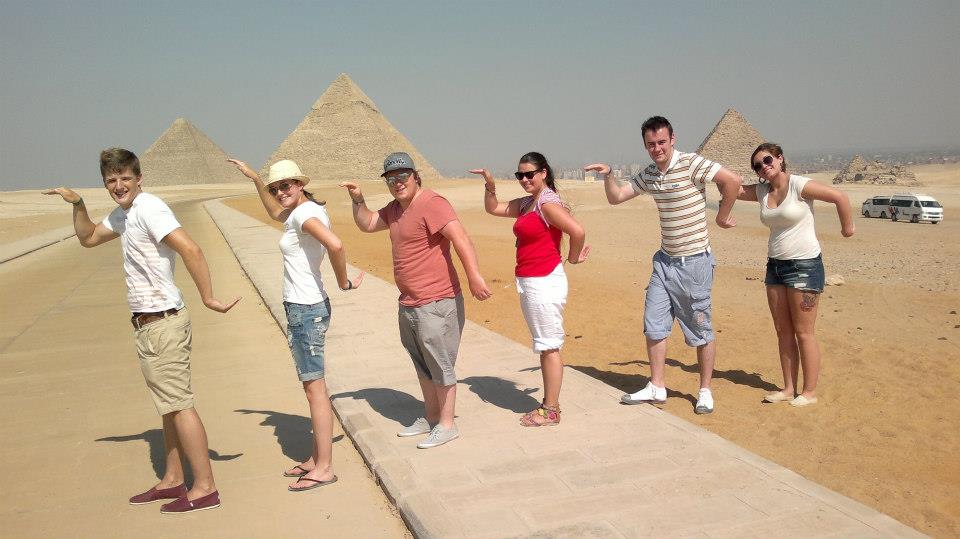 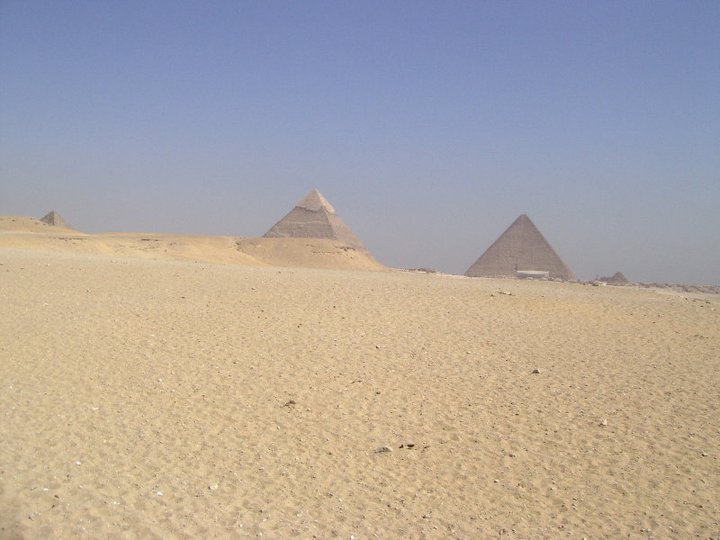 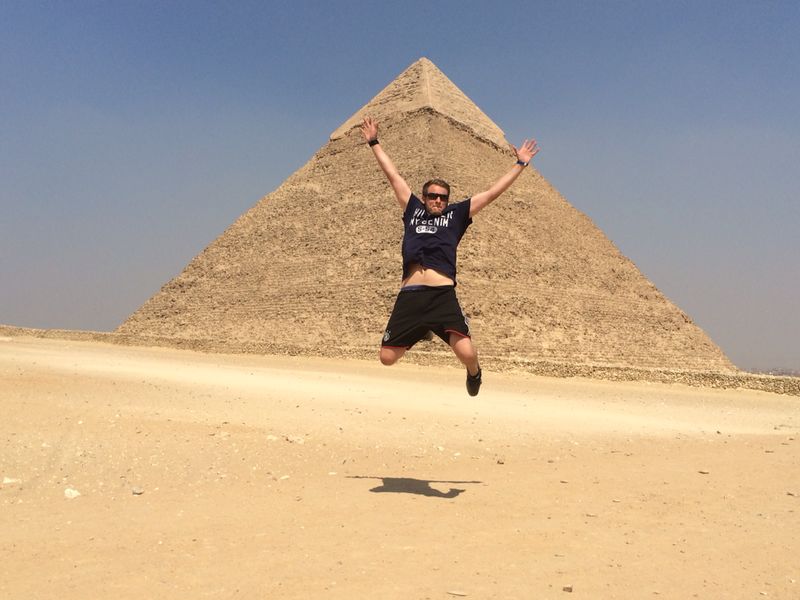 We'll pick you up early (4.00am) from your Hotel in Sahl Hasheesh, Safaga and Soma Bay and begin your Day Trip by driving to Hurghada airport for your flight to Cairo.

Cairo Tour to the Great Pyramid of Giza.

Our highly-trained Egyptology tour guide will be able to give you any information you need on the Pyramids including supposed construction methods (nobody really knows for sure), materials used, labour used and why the pyramids were built. The main part of the Giza complex is a set of building that include two mortuary temples, three smaller pyramids for Khufu's wives, an even smaller pyramid, a raised causeway connecting the two temples and smaller tombs for nobles.
Visit the Sphinx on our Cairo Sightseeing Tour

Translated as "Ther Terrifying One" but more commonly referred to as the Sphinx, this limestone statue of a mythical creature with a lions body and human head stands on the west bank of the Nile in Giza.

Believed to have been built by the ancient Egyptians of the Old Kingdom during the reign of Pharoh Khafra around 2558 BC (the Pharoh who built the second pyramid), this amazing statue stands 20m high and 73 meters long and is the oldest known monumental sculpture in the world.

Throughout Egyptian history the Sphinz has been reveared with ancient Egyptians looking up at it with "divinity", and even to today it remains shrouded in mystery, with basic information like when it was built and by whom still debated. There are even theories of Kings being buried in it!

The Sphix is an awesome sight and rich in history, over its lifetime being buried in sand for hundreds of years and then dug back out. There are also stories of Napoleon's soldiers shooting cannonballs at the great Sphinx and breaking off it's nose.
Khafre's Tremples

At the base of Khafre's pyramid, the second tallest of the Pyramids of Giza, lies Khafres temple complex. These have remained in much better condition that other temples in the area and is the best example for us to explore. Built from megalithic blocks, weighing up to 400 tonnes each, this beautiful temple houses five storage chambers, an entrance hall, a columned court and an inner sanctuary to explore.

The interior of the temple has been remarkably well preserved and the temple of Giza are an amazing sight that have to be seen.
Lunch on the Nile

After exploring Cairo Museum we'll have a delicious buffet lunch at a restaurant alongside the famous River Nile, the lifeblood of Cairo.
Egyptian Museum Tour

Inside this massive and world-famous museum you'll find the most important pieces of Egyptian history including Pharaonic antiques and the treasure of Egypt's best known King, Tutankhamen. This massive museum in Tahir Square was established in 1902 and includes seven floors filled with fascinating artifacts such as two statues of King Tutankhamen made of cedar wood and covered in fine gold, a statue of King Akhenaton, Ushabtis statues that belonged to the Nubian kings, a mummy of a child and a small ply chrome glass vase.

During the Egyptian revolution of 2011the museum was broken into and two mummies were destroyed as well as around 50 objects being lost and several damaged. Since then 25 of those objects have been successfully recovered.

On the first floor you'll find artefacts from the final two dynasties of Egypt including items from the tombs of Pharohs Tutmosis III, Thutmosis IV, Amenophis II, Hatshepsut, and the courtier Maiherpri, as well as many artefacts from the Valley of the Kings, in particular the material from the intact tombs of Tutankhamen and Psusennes I. Two special rooms contain a number of mummies of kings and other royal family members of the New Kingdom.

The Egyptian Museum of Antiquities is a fascinating place that allows you to see all the antiques that would have been buried in the ancient kings of Egypt's tombs and pyramids as well as some of the mummified kings themselves.
Optional Sound and Light Show

To end our fabulous tour of Cairo there's an hour at the end where you can decide to either watch the sound and light show at the pyramids or do your own thing for an hour.

Fly back to Hurghada -

Our guided tour of Cairo takes you to one of the most amazing sights in the World - the Great Pyramid of Giza, we'll see inside an ancient unearthed tomb, see the mythical Sphinx, and the bazaars. You'll finally get to see the sights and places we all learnt about at school or watched a program on TV about in a day that you'll always remember, and you'll come back much more interested in Egypt's fascinating history that when you left.

After a fantastic day trip we'll drive to Cairo airport where you'll fly back to Hurghada and driven to your hotel in Sahl Hasheesh, Safaga and Soma Bay.